Ikea biffed by going after IkeaHackers, the fan site that shares all kinds of new uses and smart mods for the Swedish superstore’s affordable furniture—seriously, you can’t buy this kind of devotion. Until founder Jules Yap sets up shop under a new name, let’s have a look at a few of the projects that make her site so endlessly scrollable.

There’s such a range of finished works—from “Oh oh I could do that!” to “Why would you do that?!” to “Hey now that gives me an idea…”—that it’s tough not to fall into a DIY-design clickhole. Here are some of the adventures-in-how-to that stood out to us. Share your own personal faves below!

A Cozy Hamster Home Made From a Bookshelf

There’s no end to what you can to with an Expedit (RIP). This awesome hamster habitat won the Hack of the Year in 2010, and it’s easy to see why: Some small modifications to the Expedit—plus a little glass—turned Ikea’s beloved shelving system into a home for a furry friend.

A Curving Wall Made From $2 Vases

You’d never guess that this sleek, sinuous privacy screen—which turns the bathroom of an open loft into its own space—was made from $2 Rektangel vases. But yep: Hundreds of these glass thangs were tipped on their sides and repurposed.

A Huge Library Made From Billy Bookcases

There’s a reason this incredible personal library won the 2011 Hack of the Year. It’s made from 60—yes, 60—Billy bookshelves, Ikea’s bargain basement bookshelf. Attached to the French country home of Chas Saunter, they look undeniably classy.

A Coffee Table Made From File Organizers

Here’s the archetypal example of IkeaHacking brilliance. Take one stool, four nested file organizers, and boom: A transformable table with tons of storage space for under $10. All you have to do is glue the folders together and attach them to the stool. For an added bonus, the nested folders inside the table pull out to change its profile.

A Guitar Made From a Table

A Kid’s Raincoat Made From an Ikea Bag

Now this is unexpected. Tracing around an old kid’s jacket will give a decent enough pattern for this cute little coat. Lined or unlined, it’s pretty ingenious—though apparently it will dull the hell out of your sewing machine needle. I’m wondering whether to try to make one for myself…

A Super-Skinny Desk For iMacs

Here’s a solution for all those space-challenged Ikea hackers out there (and aren’t there so many!). This Dutch hacker took a shelf and a cabinet and mounted them to the wall, creating what might be the skinniest desk for an iMac ever built. The best part might be the fact that there aren’t any errant cables hanging around: They’re all stored inside the upper cabinet.

A Hidden Potty Made From a $25 Chair

Okay, this is admittedly not for everyone, but it’s a smart solution! An industrious family member made this for her grandma’s home in Malacca, Malaysia, which is lacking upstairs plumbing. Adding a raised section to the top and a few privacy panels between the legs of a Stefan chair, a small bowl can easily slide in to the hole. Noted: next time she’s choosing a model with arms, for extra comfort (though it would be tough to beat Homer’s Lazy Man Toilet Seat for sheer sit-back-and-relax luxury).

A Bedside Table Made From a Stool

This was designed to allow or opening the drawers under a Mandal bed, but relocating two of the Frosta stool’s legs looks like it would make a killer sofa table, too (as long as the height was right).

A Storage Bed Made From Nine Cabinets

There are a lot of storage beds on IkeaHackers, but there’s something about the structure and staging of this one, which used nine Faktum cabinets, that makes it look particularly perfect for a small space. It’s involved (with extended blog post how-to here), but if you had the tools and the time and the drive—it would be incredible to make something this functional look this good.

The Perfect Sewing Table Made From a Plain Old Desk

This is another project that’s going to require some power tools, but if you’re keen on sewing and have the room for a dedicated place to stitch, this is a might purdy use of an Ingo table. Additional tutorial here, if you’re into it.

A Kids’ Desk (and Hidden Cat Toilet) Made From Lockers

Okay, hey—we’re back to unconventional spots to pee and poo. The name here really says it all, and all it took was a long piece of MDF, a pair of Ikea PS Lockers, and a cat flap inserted into a custom cut-out in the side. Slide a litter box in the drawer and you’re good to go.

A Bookshelf and Ceilingscape Made From Toy Bins

Wowie. This effect was made pretty much exclusively out of Trofast toy storage boxes affixed to the walls and ceiling: some facing out and filled with magazines and books, some facing the other way and lit from within by LEDs. Impressive. Most impressive.

A Bookshelf Made From Stools

Ikea’s iconic Frosta stool is a cult favorite—and here, it’s turned into a beautifully abstract bookshelf that seems to climb up the wall like a vine. Very cool.

A Backsplash Made From Glass Shelves

Rather than spring for some spendy backsplash, this cool kitchen has a series of Rationell glass panels installed flush up against the wall between counter and cabinet. But first! Wallpaper will make it match whatever else you’ve got going on, color-and-style-wise.

A Twins’ High Chair Made From a Dining Room Table

A Flash Drive Made From a Stuffed Crocodile

Ikea hacking doesn’t have to be all about furniture: This clever hacker took a plush stuffed animal from Ikea’s kids section, decapitated it, and installed a hidden USB drive.

A Beautiful Bathtub Stand Made From a Two Table Tops

It wasn’t easy to figure out a design to encase the new tub in this remolded bathroom—but using two Ikea Pronomen countertops, the crew was able to perfectly fit the wood around the irregular space.

An Epic Catwalk Made From Shelving

Hyllis shelves are good for more than just books: This Texas hacker turned them into one of the craziest cat playgrounds I’ve ever seen. Hung from the ceiling with brackets, these ordinary shelves become an incredible jungle gym for this lucky kitty.

These are just a few of our favorite hacks, but there are thousands more out there. Share yours with us below!

Stunningly restored color footage of Germany in 1945 right after WWII

WE’RE ALL GOING TO LOOK LIKE IDIOTS, BUT DAMN IT’LL BE FUN! 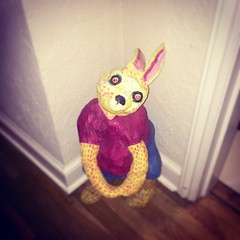 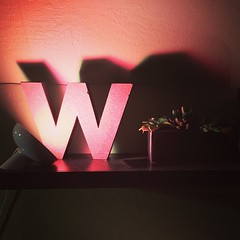 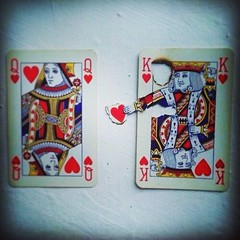 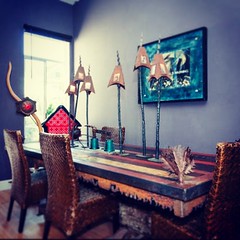 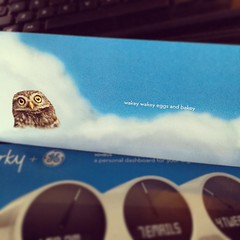 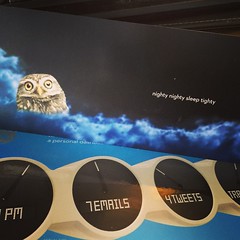 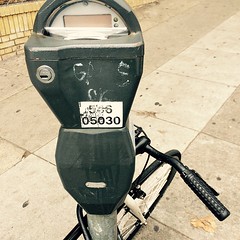 A blog about Technology, Video Games, Cars, Trends, that I almost forgot to tweet about

Drive ME Around SF!